Blockchain dispute resolution: a better alternative for the decentralised world?

With the recent judgment by the Singapore International Commercial Court on the wrongful reversal of Bitcoin and Ethereum trades by a centralised exchange operator[1], we are beginning to see blockchain technology slowly creeping into traditional dispute resolution.

In order to assess whether parties may rely on traditional dispute resolution mechanisms in a decentralised setting, it is necessary to provide some background information. When parties enter into a smart contract transaction on a public blockchain, they generally do so pseudonymously and are identified only by their wallet addresses. Without knowing the identity, location and jurisdiction of the other party, a person would in practice be unable to even initiate any claim. Therefore, the pseudonymous nature of smart contract transactions on public blockchains appears to be incompatible with traditional dispute resolution.

On the other hand, blockchain dispute resolution mechanisms are capable of overcoming the practical difficulties that prevent a person from claiming against the other party in a smart contract transaction. Imagine a transaction where Party A engages Party B to design a website. The parties are identified only by their wallet addresses and do not know each other’s real identities. We assume that Party A is required to deposit the payment into the smart contract, and that Party A will instruct the smart contract to disburse payment to Party B when the task has been completed. Assuming that Party B deems that the task has been completed but Party A refuses to disburse the funds, Party B can unilaterally trigger the dispute resolution mechanism that has been built into the smart contract. Upon invocation of the mechanism, the funds in the smart contract will be frozen pending resolution of the dispute. Three individuals will then be randomly selected to individually vote on whether Party B has completed the task in accordance with the specifications of the agreement between the parties, without knowing who each other is or how the others will vote. Depending on the result of the vote, the smart contract will automatically transfer the funds to Party B or return the funds to Party A.

Another issue that one may raise is whether justice can truly be achieved through a mere vote by strangers. At the risk of simplifying, it suffices to say that there is a heavy reliance on economics and game theory to incentivise jurors to make the “right” decision, which, in the absence of communication between the jurors, means the decision that a juror thinks the majority of other jurors are likely to vote for because it is right. Is this a principled way of delivering justice? It can be argued that such decentralised mechanisms incentivise jurors to decide based on the standards of an average, randomly-selected individual’s notion of reasonableness by putting them in the shoes of their fellow jurors. This manner of adjudication can be likened to equitable principles such as good faith and reasonableness, both of which are existing concepts in traditional legal systems. For example, Article 28(3) of the Model Law allows an arbitral tribunal to decide a dispute based on what is fair and equitable at hand if the parties expressly agree, without having to strictly apply rules of the applicable law. The key, therefore, is party autonomy and parties are free to consent to such equitable principles. From this perspective, the ability of blockchain dispute resolution to achieve justice can be paralleled with an arbitration that is conducted in accordance with equitable principles.

The development of a decentralised law in dispute resolution mechanisms on public blockchains may also bear similarities with the age-old lex mercatoria. According to Wikipedia, lex mercatoria refers to “the body of commercial law used by merchants throughout Europe during the medieval period” which evolved according to custom and best practice, and was enforced by merchant courts along the main trading routes. While the above definition belies the dispute that surrounds its exact content and even existence[2], lex mercatoria can generally be characterised as a transnational law that came into existence autonomously as opposed to the coercive nature of national law which is created and imposed by the power and authority of a state. Blockchain seems to offer a fascinating opportunity for the development of a modern lex mercatoria, one where the paths of technology, commerce and law converge. Due to the random selection of jurors and isolated nature of each smart contract dispute, blockchain dispute resolution occur in a decentralised manner and is not constrained by central forms of legal authority such as precedent or legislation. It is likely that lex mercatoria also existed in a decentralised manner as merchant courts distributed over a large geographical area adjudicated on cases without reference to each other. Thus, there is no reason why a decentralised law arising from blockchain dispute resolution should not be capable of delivering justice if lex mercatoria did.

The value of blockchain dispute resolution mechanisms in delivering justice can also be assessed through the economic lens of efficiency and cost. It is often not worthwhile for parties in an online transaction to seek recourse because the legal costs involved in a traditional dispute resolution are likely to outweigh the disputed amount. If such transactions are conducted through smart contracts on a public blockchain, blockchain dispute resolution can provide a cost-effective and efficient method for parties to resolve their disputes. As Lord Neuberger once remarked, “it may be better to have quick and dirty justice than it is to have no justice”. Decentralised dispute resolution mechanisms can therefore plug the gaps of traditional avenues and provide some degree of finality to an aggrieved party.

This article was first published by Asia Law Network and authored by Gary Tse, Associate and edited by Yingyu Wang, Director of Taylor Vinters Via LLC. 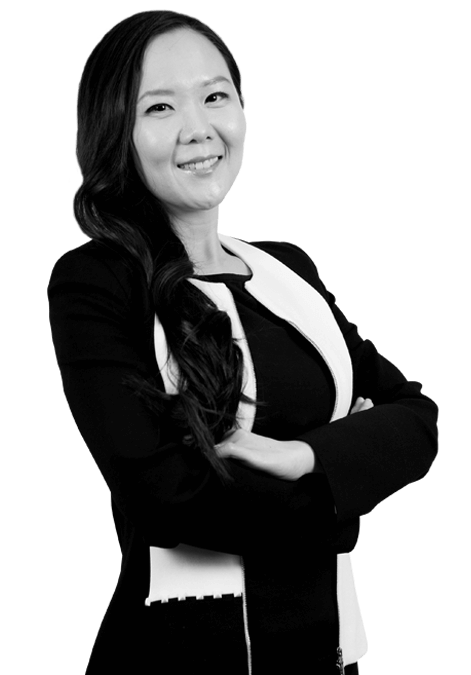