It has been a very controversial couple of weeks for freedom of speech in the academy: two statements, by two very different academics, Dr Priyamvada Gopal and Dr David Starkey, have generated myriad accusations of racism and online abuse. In this blog, I consider the comments made by Dr Starkey through the lens of the law protecting Academic Freedom of Speech.

Dr Starkey, the widely known historian (specialising primarily in the Tudor period) with a significant media profile, made a number of very controversial comments during an online interview which were reported here.

Dr Starkey held an Honorary Fellowship at Fitzwilliam College, Cambridge, and resigned ahead of a review of his position at a meeting of the college’s Governing Body. Dr Starkey also held a visiting professorship at Canterbury Christ Church University (“CCU”). The university announced the termination of that position on 3 July.

In light of his resignation, Fitzwilliam’s Governing Body did not need to meet to consider (presumably consider removing) Dr Starkey’s Honorary Fellowship. However, had they met and resolved to remove the Fellowship, would they have been prevented from doing so because of the law protecting Academic Freedom of Speech? Further, was the termination of Dr Starkey’s Visiting Professorship at CCU a violation of his rights under that same law?

As far as the Statutes of Fitzwilliam College are concerned, it would seem that the tenure of an Honorary Fellow may be terminated by a vote in which not less than two-thirds of the Governing Body concur. The Statutes do guarantee the freedom of academic staff to, within the law, “question and test received wisdom, and to put forward new ideas and controversial or unpopular opinions, without placing themselves in jeopardy of losing their jobs or privileges”. However, this provision does not appear to apply to Honorary Fellows.

Despite the fact that there seems to be nothing in the College Statutes which help Dr Starkey, one would also need to consider the College’s wider legal obligations with regard to Academic Freedom of Speech – in particular s43 of the Education (No. 2) Act 1986 and Article 10 of the European Convention on Human Rights (ECHR). For a full discussion of these obligations, see here.

To summarise the position briefly: I believe that Dr Starkey would fail in any claim he sought to bring via either of these routes.

First, there is serious doubt as to whether s43 even applies to Fitzwilliam College as it does not appear on the OfS register (see paper linked above for a fuller explanation).

Second, the jurisprudence of the European Court of Human Rights is consistent in giving little or no protection to speech which is considered racist. Certain of Starkey’s comments could be fairly said to fall within that category (although ultimately, in the context of a legal challenge it would be for a court to decide whether or not it fell within that category).

For instance, in an academic context, see the 2013 decision of the Grand Chamber in Aksu v. Turkey: on the facts the majority did not decide the work in question, an assessment of Turkey’s Roma community, was racist. However, if the court had followed the dissenting judge in concluding that the work was racist, it would not have been entitled to much, if any, Article 10 protection. Articles 14 and 17 ECHR, which prohibit discrimination and abuse of convention rights respectively, would also work against Dr Starkey.

Last Friday, Dr Starkey was also removed from his position at CCU with immediate effect. CCU tweeted that “his comments are completely unacceptable and totally go against our University and community values”.

As far as CCU is concerned, the s43 duty does apply to it. The question then is, did CCU fail to “take such steps as are reasonably practical to ensure that freedom of speech within the law” was secured for Dr Starkey as a member of the institution?

I do not think so.

The ‘step’ in question would be the act of deciding not to terminate the Visiting Professorship. Let us assume, for the sake of argument, that step would have been a reasonably practicable step for CCU to have taken (though that is open to debate – see below). This opens up a more interesting discussion, I think, of more general application – what is the meaning of free speech “within the law” for the purposes of s43 and what kinds of speech are institutions obliged to secure by taking reasonably practicable steps?

What speech is “within the law” for the purposes of s43?

There is clearly some speech which is not “within the law”, in particular speech which amounts to a criminal offence (such as under the Public Order Act 1986). This is difficult, however, because of the higher burden of proof in criminal cases. It also raises a question of how an institution can show that the line has been crossed short of an actual conviction. Do they instead need to satisfy themselves either on the balance of probabilities or beyond reasonable doubt that a conviction would be secured if a prosecution took place? That seems like a very high hurdle for institutions to surmount and an assessment which most would be ill suited to make. As such, while helpful in some extreme cases, conceding that criminal offences are not protected does not get us particularly far in practice when analysing s43.

In most cases, institutions will need to deal with comments which fall short of being clear (or perhaps necessarily, actual) criminal offences. Dr Starkey made such comments. Article 10(2) ECHR allows speech to be subject to restrictions provided that they are “prescribed by law” and “necessary in a democratic society”.  Potential restrictions come in a variety of different forms – e.g. Article 8 ECHR (right to privacy), defamation protections, the law of confidence, and certain provisions of the Equality Act 2010. If an institution can point to one of these restrictions, then it is on relatively safe ground in saying that the impugned speech is not “within the law”.

However, the context of the speech will be paramount. Speech which is short of being per se unlawful will be capable of restriction to greater or lesser extents depending on when, where and to whom it is said (etc.). For example, a muttered racial slur in the street is not a criminal act, but a muttered racial slur at work is an act of speech which may generally be lawfully restricted (in the sense that the person may generally be dismissed, without Article 10 saving them). Neither would be “within the law” for the purposes of s43.

The difficulty comes with speech which occupies the middle ground between, on the one hand, those two ‘outwith the law’ speech acts and, on the other, speech acts which could be actively enforced under Article 10 ECHR if one suffered a detriment (e.g. dismissal from work) for uttering them. In such cases it would likely not be clear-cut which lawful restriction an institution could rely upon in deciding that the impugned speech is, in its view, outwith the law.

Take, for example, Dr Starkey’s situation vis-à-vis CCU. It is likely that his relationship with the organisation was relatively informal. There may not have been implied or explicit duties not to bring the organisation into disrepute, in which case CCU could not have relied on a contractual right to restrict (or not to protect) Dr Starkey’s free speech. Nor could CCU have relied on any criminal law restriction – Dr Starkey’s statement, though considered extremely offensive, was probably not a criminal offence – or on workplace restrictions against discriminatory speech by employees, as it is unclear how precisely these would bite in this case.

Despite the uncertainties here, I nevertheless do not think that CCU was compelled by s43 to refrain from terminating its relationship with Dr Starkey in order to secure his freedom of speech.

In practical terms, a judge faced with this situation would be likely to agree with Dr Starkey’s critics that, despite his apology, his comments were somewhat odious and not the sort of speech that, as a matter of morality and policy, s43 was intended to protect.

Could the judge find a way to justify this moral conclusion in law? There are two ways in which he or she probably could.

First, the judge could follow the decision in Aksu discussed above, and hold that racist speech, even if not unlawful per se, and absent lawful restrictions in accordance with Article 10(2), is generally not protected free speech. Our judge could hold that, in enacting the Human Rights Act, Parliament effectively instructed judges to find that ‘freedom of speech within the law’ means, essentially, free speech inasmuch as it is protected by Article 10 and the Strasbourg interpretation of it.

This could have interesting effects, however. The onus would then be on a claimant such as Dr Starkey to satisfy a court that the impugned speech in fact was “within the law” when trying to make out their case that there has been a breach by the institution. The right to freedom of speech in this instance would not be ‘residual’ – the right to say anything not expressly prohibited, which is the classic common law position. Instead, the claimant would need something more to prove that they have a positive, actively enforceable right to make their comments – that they are indeed speech “within the law”. I am not aware of any case which has expressly considered this point.

Alternatively, the judge might take a safer route, and emphasise that the s43 duty on the institution only extends as far as taking “reasonably practicable steps”.’ On this approach, the judge might hold that Dr Starkey’s comments may have been technically within the law, but even so Fitzwilliam College was under no duty to secure his right to make them. Maintaining a relationship that could cause the college serious reputational harm goes far beyond what is “reasonably practicable”. This is particularly relevant to charitable organisations such as Fitzwilliam College which, like all Oxbridge colleges, is under a regulatory duty to protect its reputation.

For the reasons which I briefly touched on above, I do not think that Dr Starkey would be successful if he were to bring a claim on the basis that his termination had amounted to an unlawful interference of his Article 10 rights or a breach of s43 (even bearing in mind the enhanced protection available to academics in the right circumstances).

This all suggests that the s43 duty is not actually as wide ranging as it might first appear. While it is well known that expressly prohibited or lawfully restricted speech are beyond its protection, in practice the courts might sometimes refuse to protect controversial, but lawful, speech unless the claimant has an actively enforceable right to say it – even if the individual suffers a detriment for uttering it.

Overall, it seems likely that Dr Starkey’s comments would probably fall within that middle ground and so the law protecting Academic Freedom of Speech would not help him in any action against CCU (or indeed Fitzwilliam College, had he not resigned). 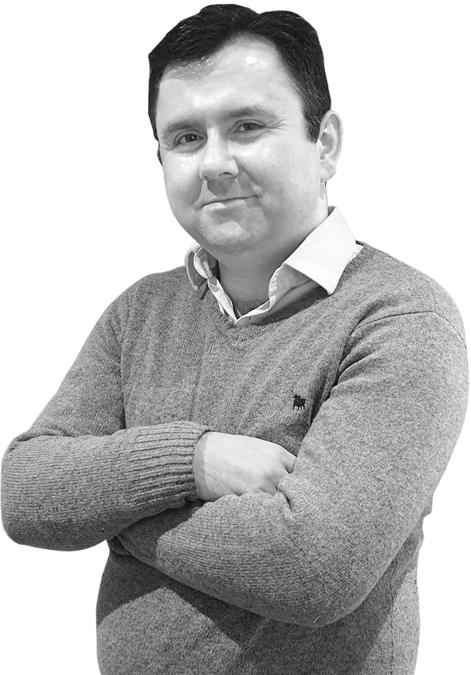