Hong Kong: Recognition of same-sex marriages in connection with employment rights and entitlements

Although Hong Kong boasts that it is Asia’s World City, in many respects it has fallen behind most developed jurisdictions, not least on the issue of protection from discrimination and – specifically for this article – protection against discrimination on the grounds of sexual orientation. 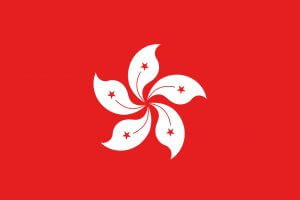 Hong Kong has not passed any laws to prevent discrimination on the grounds of sexual orientation in the workplace or, indeed within society generally. Hong Kong’s marital laws do not allow same sex marriage. Even before the social troubles that have roiled Hong Kong over the past six months, there has been little legislative appetite by the Hong Kong Special Administrative Region of the People’s Republic of China (“HKSAR”) to bring its anti-discrimination laws in line with international norms.

Notwithstanding the HKSARs inaction, in the past 18 months significant steps towards equality have been made via Hong Kong’s highest court – the Court of Final Appeal (CFA).

The first in a growing line of recent anti-discrimination cases is Director of Immigration v. QT [2018] HKCFA 28 in which the CFA held that the HKSARs refusal to award dependant visas to couples in a same-sex marriage was unconstitutional.

The CFA struck against the HKSRA again in Leung v. Secretary for the Civil Service [2019] HKCFA 19 when it held that the following HKSAR policies were unconstitutional:

While the CFA’s decision to allow all married couples to jointly file tax returns will benefit all married couples, its decision in respect spousal benefits is constrained to Government workers and, while it should certainly encourage private sector employers to review their policies, the decision is not legally binding on them.

These cases have forced the HKSAR, employers and perhaps society more generally to think about equality when it comes to sexual orientation and marital rights for same-sex couples and hopefully the pressure to continue such progress will continue. Hong Kong’s close neighbor Taiwan recently amended its Employment Services Act preventing workplace discrimination for a wide range of grounds, including sexual orientation, before subsequently enacting same-sex marital laws in May 2019.

While Taiwan’s bold leadership is (unfortunately) unlikely to spur the HKSAR to take more affirmative action, the march through the courts continues with perhaps the most audacious challenge to date – MK – who is challenging the legality of the HKSAR not providing the right to same-sex marriage (or equivalent). Although MK lost her case in the first instance (MK v. Government of HKSAR [2019] HKCFI 2518) who knows that the outcome may be if it is pursued through the appellate courts to the CFA.