How is a pre-marital business split during divorce?

Picture the scene: X sets up a business, several years later meets Y, fast forward a few years more and X and Y get married. The business thrives, but sadly the marriage fails and the parties decide to divorce.

Is it relevant that the biggest asset in the case, the business, was set up before the parties even met? The short answer is yes – the part of the business that pre-dates the marriage is ‘non-matrimonial’. It could be excluded from the settlement (unless the “needs” of the parties dictate otherwise).

The pre-marital business value is critical

So the key question now becomes, how is the ‘non-matrimonial’ part of the business valued? There are no hard and fast rules, and reported cases show the broad discretion afforded to Family Law judges in this country.

Two different approaches have emerged from recent cases: the ‘springboard effect’ and the ‘straight line apportionment’ approach. The case of Jones v Jones (2011) is a good example of the former.

The court did not accept the expert valuation of £2 million at the time of the marriage. They said the valuation did not take into account the latent potential in the business, which it described as the ‘springboard effect’. They deemed £9 million was a fair value for the company at the time of the marriage, and accordingly excluded this value from the ‘matrimonial pot’. Although a rather arbitrary calculation, this approach was held up on appeal.

A different judge, Mr Justice Mostyn, advocates the ‘straight line apportionment’ approach, as seen in the recent Martin case. The husband’s business was established in 1978. The parties met in 1985 and married in 1989. At the time of the hearing, the business was worth £221 million.

An expert accountant valued the company at the start of the relationship in 1985 between £188,000 and £414,000, based on the percentage increase in the FTSE All Share Sector relevant to the business.

Mr Justice Mostyn thought this would not lead to a fair outcome; only a very small percentage of the business would be regarded as non-matrimonial. Instead, he used a ‘straight line apportionment’ approach, which indicated about 20% of the company’s present value (about £44m) had been built up by the time the relationship began. This is illustrated by the graph Mr Justice Mostyn produced with his judgement: 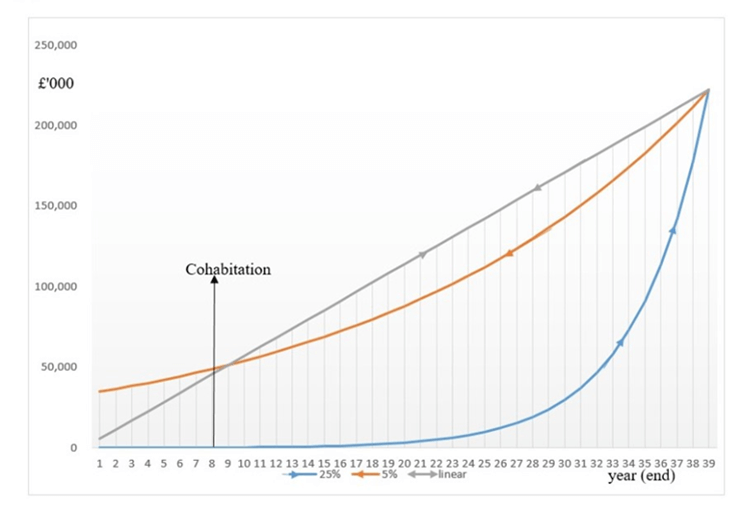 As you can see, the particular facts of each case and the varying approaches adopted by individual judges lead to very different outcomes. There’s no simple answer, although the parties in these cases could have saved a lot of time and money if they’d entered into a pre-marital agreement. This could have benchmarked the value of the business before they tied the knot.

Our team is very experienced in dealing with business assets in this complex area of Family Law and can also help with pre-marital agreements. If you need help or more information, please get in touch with a member of the team. 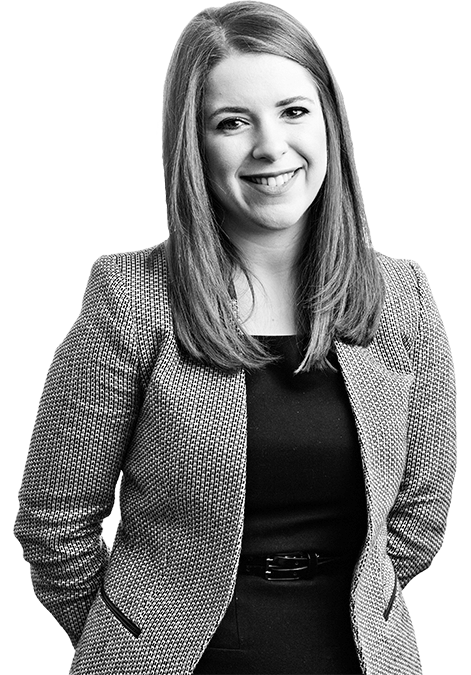