The new Working Hours Act shall enter into force on 1 January 2020. What should Finnish employers be aware of? 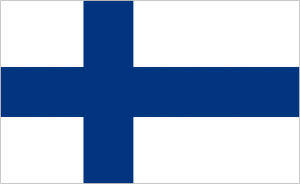 New rules on flexible working in Finland will give employees greater freedom over where and when they work. The new Act introduces an entirely new flexible working time arrangement, which the employer can apply to employees whose work is not bound by the place and time, such as experts and consultants. Work would qualify as such work if at least half of the working time is such that the employee may freely decide on when and where it is performed. The employer defines the work tasks, aims and overall schedule, but the employee could then arrange the work as best they see fit. The average regular working hours could be a maximum of 40 hours per week over a four-month period.

Working hours’ bank for all workplaces

The current Working Hours Act already includes rules on flexitime arrangements, where employees can shorten or extend their workdays within certain agreed limits. Under the new Act, the daily flexitime limit increases from three to four hours, i.e. employees can shorten or extend their workday by a maximum of four hours. The employee could have a maximum of 60 surplus hours saved, whereas the maximum amount of accumulated working hours is currently 40 hours. Further, it would be possible to agree that there is a break between the actual working hours and the flex hours, so that the employee can work on flexitime e.g. between 8-10pm instead of directly after the regular working hours.

Employers should evaluate which flexible working hours’ arrangement is best suited to their workplace and, if the employer wishes to implement new arrangements, the employer should ensure that the changes in process are properly implemented and documented. Changes to regular working time arrangements may require the employer to conduct co-operation negotiations in accordance with the Act on Co-operation within Undertakings.