No Deal Brexit: threat or opportunity for UK science, research and innovation? 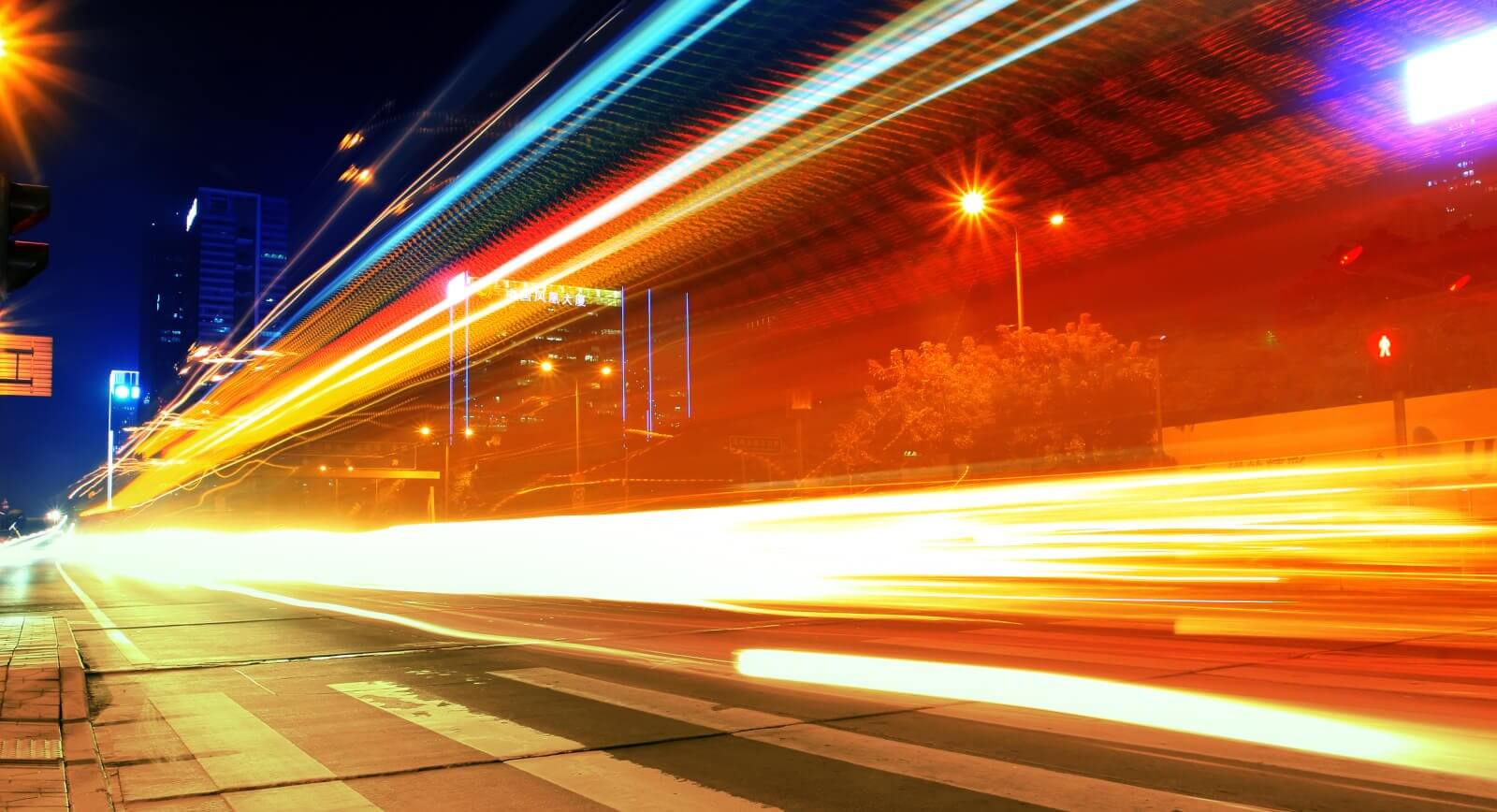 As the UK’s scientific research community reconvenes for the new academic year, James Murray considers whether developments over the summer have lifted any of the dark clouds cast over academia by Brexit.

The UK is a powerhouse in global science. In July, the Government published a report on the UK’s research base comparing it to a range of countries and international benchmarks – the results are exceptional.

These figures suggest that the level of harmonisation (in terms of, for example, regulation and the movement of scientists) across national borders and funding initiatives within the EU contribute to the world-leading rankings of some of its nations. The question then arises – what effect will Brexit, in particular a ‘No Deal’ scenario, have on UK science, research and innovation?

Maintaining the UK’s status as a “science superpower”

Earlier this year, the UK’s learned societies issued calls for the Government to ensure that highly-skilled scientists working in the UK could remain here. They maintained that changes are needed to the immigration system to attract further talented people who would wish to work in the UK and contribute to our globally competitive science sector. Further, they stressed the importance of retaining access to money, and to networks that support the UK in working with scientists around the world.

These sentiments were echoed elsewhere. The Chair of the Wellcome Trust, Baroness Manningham-Buller, wrote to the Prime Minister and emphasised, “While science promotes global collaboration, the barriers to success need to be minimized, including with Europe where our closest and most extensive science relationships are.” She also explained that a “much more welcoming immigration policy” is needed to attract the best researchers and that greater commitment to research funding is needed from the UK Government to maintain the UK’s status as a “science superpower”.

The Institute of Cancer Research also highlighted the need to maintain regulatory alignment with the EU.  This is so the UK can continue to participate in multi-centre EU trials (which allow the generation of more meaningful data, particularly for rarer cancers, e.g. those affecting children) and EU-wide licences for drugs and medical devices. There is a risk to cancer patients of significant delays in accessing the latest cancer treatments if a different regulatory regime applies in the UK.

In response to these various views, the Prime Minister announced in August the introduction of fast-track visas for top scientists, engineers and mathematicians and a consultation on measures such as abolishing the 2,000-person cap on Tier 1 exceptional talent visas.

It should be remembered that the rest of the world does still present significant opportunities which those new visa rules would help exploit. The US (37%) and China (20%) have the highest share of world publications (and also highly cited publications) of any two individual countries and institutions have been making important moves to foster new connections there. For example, the Vice-Chancellor of Cambridge recently emphasised the importance of the university’s ties with China and its commitment to collaboration in a speech at Peking University. In recent years, the Cambridge China Centre was established to facilitate this relationship. If the cap on Tier 1 exceptional talent visas is to be lifted, then there is an opportunity for that relationship to flourish.

Indeed, the Cambridge Network, which fosters collaboration between business and academia in Cambridge’s high technology cluster, recently reported a 45% (450-650) rise in applications through Tech Nation for Tier 1 visas (the fifth consecutive annual increase). Most of these applications come from India and the US, but China and Commonwealth countries also feature highly. Under current rules, Tech Nation is allocated 200 endorsement places with the ability to draw upon a contingency pot of 1,000 places which are shared with 4 other endorsement bodies. The proposed new rules would in theory allow Tech Nation to endorse many more applications in the future and bring even more diverse tech talent to the UK.

At the same time as the Prime Minister’s comments, the Science and Innovation Minister, Jo Johnson, confirmed that the Government will provide additional funding for scientists and researchers who have sought EU funding to ensure that “brilliant research and innovation” will still be funded.  UK Research and Innovation (UKRI) will assess bids made to the EU’s Horizon 2020 programme with a view to funding the best proposals if the UK leaves the EU without a deal.

These statements are in line with the terms of reference issued earlier in the year for the independent review commissioned by the Department of Business, Energy and Industrial Strategy from Professor Sir Adrian Smith. This review (“Future frameworks for international collaboration and innovation”) recognises the extent to which the landscape for science and innovation is changing.  Professor Smith’s review is considering future funding arrangements, including the potential design of the future UK funding landscape. Access to knowledge, markets, skills and partners is on a global basis such that OECD countries account for a growing share of global research and development. While the Government’s benchmarking report published in July shows that that the OECD countries still have a way to go to compete with the EU27, Professor Smith’s review is considering how funding mechanisms, resources, and international partnerships can remain fit for purpose to support the UK’s future international research and innovation strategy.

In its submission to Professor Smith’s initial consultation, the Russell Group highlighted the need for a mechanism to secure continued collaboration with the EU post-Brexit but also acknowledged the opportunities to support wider international collaboration. Maintaining the prestige, integrity and world-class quality of the research output from the UK is critical in this regard.

This point is picked up by UKRI. This organisation, a ‘bringing together’ of the UK’s Research Councils as a consequence of the Nurse Review in 2014, seems well-placed to provide the cohesive leadership and direction that UK science and innovation needs in the post-Brexit environment. It is one of more than 60 participants in the Global Research Council. Among its identified priorities is to build the capacity and capability of UK-based institutions, researchers and innovators to stimulate, consolidate and grow their international collaborative activity. This includes implementing a new Fund for International Collaboration to focus on establishing partnerships and conducting activities with developed countries. UKRI is also advising on the UK’s future association with Horizon Europe, the successor to Horizon 2020.

It is understandable that there have been many pessimistic views expressed about the future for much of British industry post Brexit – whether with or without a deal. The Nobel Prize-winning physicist, Professor Sir Andre Geim wrote in the Times, responding sceptically to the Government announcement to introduce fast-track visas for top scientists, engineers and mathematicians: “Scientists are not fools. They know that turmoil is inevitable for many years.”

Professor Geim is correct about the former but may be proved overly-pessimistic in the latter part of his assessment. The critical importance to the UK of retaining its position on the world stage for the quality of its research and innovation is not questioned by anyone. Regardless of one’s political views on Brexit, if the UK leaves the EU on 31 October “do or die”, the potential is there to build on the UK’s pre-eminence through a wide range of international collaborations. And our existing close relationships with the science and research communities across Europe are likely to recalibrate themselves as the dust settles.

As legal advisers to higher education bodies, research organisations and also charities who conduct a wide range of scientific research – in the UK and internationally – we look forward to helping them identify those opportunities and creating a new landscape for UK Science PLC in the years to come.

Find out more about the team: Advising the innovation economy on research ethics, integrity and commercial exploitation.

All views expressed in this piece are my own, and should not be taken as legal advice.