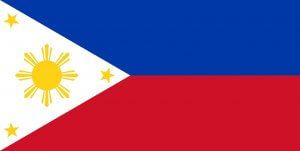 The Bill seeking to amend the Philippine Labor Code has been filed in the Philippine Senate and has already been approved on the third and final reading in the House of Congress. It has not yet formally become law however.

The proposed measure shall not apply to employees who are already provided with 10 days or more of service incentive leave or those who enjoy vacation leave with pay of at least 10 days. Further, the measure does not cover those employed in establishments exempted from granting this benefit, i.e. those employing less than 10 workers, or those establishments as determined “by the Secretary of Labor and Employment after considering the viability or condition of such establishment”.

The proposed measure recognises that vacation and sick leave are benefits given based purely on the discretion of the employer or are provided under a collective bargaining agreement. Hence, there will be a large proportion of employees constrained by limited leave, who will be left vulnerable to sickness, emergencies and other events that would cost them a day of paid work. Aside from assisting these employees, the proposed change to service incentive leave aims to boost morale and job satisfaction of employees, which will (in theory) result in increased productivity and minimize the risk of health and safety issues in the workplace.

In the Philippines, the current practice of employers in metropolitan areas, where there is a significant demand for skilled talent, is to provide higher leave benefits of at least 15 or more days of paid vacation and sick leave to employees, which may be carried over to the following year.

However, the majority of employers nationally will only provide the minimum leave benefit mandated by law. While the proposed measure is being hailed by employees and labor groups, small and medium business establishments which only provide the legal minimum amount of leave may therefore have to make adjustments to their operation in order to remain compliant if this proposal becomes law.