Social Media and Your Business: Formidable Weapon or Uncontrollable Scourge?

A Double Whammy of Suspensions and Fines

In a media release dated 24 January 2019, the Monetary Authority of Singapore (MAS) announced that it had issued a warning to a company which breached securities laws pertaining to an offer of digital securities tokens. Following the warning, the proposed offering has been indefinitely suspended.

Interestingly, the problem which precipitated in MAS intervention did not center around the nature of the digital tokens. Rather, it was discovered that the company’s legal advisors had published a LinkedIn post making reference to the proposed offering. This resulted in a breach of the advertising restrictions attached to the regulatory exemptions that the company was relying on to carry out the offer.

Soon after, it was also reported that the Competition and Consumer Commission of Singapore (CCCS) had imposed a fine of S$1,522,354 on the owners and operators of three hotels, whose agents/employees were found to have breached the Singapore Competition Act by exchanging commercially sensitive information on a WhatsApp chat group.

Opening a Pandora’s Box of Liability

A company may be held liable for the erroneous actions of its employees on social or digital media, regardless of whether it had actually commissioned or condoned such deeds.

In the case of the token offering suspension, this doctrine may well open the doors for a claim of negligence against the law firm. Likewise, in the second case above, the CCCS has held that despite appeals from the hotel owners, who had proclaimed a lack of direct involvement or knowledge in the actions of their employees and sales agents over WhatsApp, they could not escape being held vicariously liable for the impugning actions of those under their charge.

These cases clearly illustrate that the employers are expected to be aware of what their employees and agents are doing in the course of their employment – and this applies even to their activities to digital spaces. Therefore, a lack of awareness and vigilance could come back to haunt employers, whether it stems from seemingly innocuous errors of judgment on social media platforms (the case above demonstrates that even professionals are not immune to such mistakes), or from an inadvertent disclosure of information to instant messaging chat groups. What companies need to glean from these examples is that digital media discipline should not be taken for granted; and this should extend to all employees, agents, and quasi-employees.

An Inextricable Connection to the Workplace

Singapore has one of the highest mobile and internet penetration rate in the world. Hence, it should come as no surprise that 7 in 10 Singaporeans are active social media users. On average, Singaporeans are on the internet for seven hours and nine minutes every day. Increasingly, more businesses in Singapore and around the world have also started to tap on social media to grow or promote its business.

Apart from that, people are also increasingly using social media platforms (and large groups within direct messaging apps) as a means of mass public communication both within and outside of the workspace – and the lines between personal conversation and business communication are becoming increasingly blurred.

Businesses today have to constantly grapple with ever-looming threats stemming from unintended or ill-advised disclosures of sensitive communication, trade secrets, or valuable commercial data by its agents or employees. Unintended consequences may include serious legal liability, the loss of competitive advantage, and public relations disasters. It is therefore incumbent on businesses to fully recognise the multifold exposure of the company, and the multifarious nature of potential liabilities which may erupt from the propagation and proliferation of such tools within (and out of) the workplace.

What Can Be Done About It?

The first thing for companies to accept is that there can be no silver bullet to neutralise all the risks of social media within the business and/or working environment. However, by adopting a proactive risk mitigation strategy to prevent mishaps from occurring in the first place, businesses can effectively reduce the likelihood of having to deal with unwanted repercussions.

Most business would already have an IT systems policy in its employee handbook. However, companies should also put in place a clear policy on the acceptable use of social media for matters concerning the workplace or the business of the company. By having a clear and easy-to-follow policy in place, the employees will be able to have a better understanding of what is expected of them and which aspects of the business are off-limits on social media. On the other hand, in extreme cases where dismissal is warranted, a clear policy can also assist the company in defending a claim for unfair dismissal.

Businesses should also seek to conduct ongoing training workshops to update its employees and agents on the latest developments to its internal social media policy and to cultivate good digital world etiquette. Separately, companies should also periodically check in on their brand mentions on social media through the use of hashtags, public feeds, and general discourse. As far as possible, employees should also be involved in helping to monitor the Company’s online image and a prompt reporting system should be put in place.

The growing prevalence of social media in the business environment is here to stay. Rather than attempting to stifle this inevitable development, companies should capitalise on it and explore ways to harness its numerous benefits. One crucial element of a progressive social media strategy is to give employees the necessary tools and guidelines so that they can properly and responsibly build on the company’s brand image while ensuring some degree of consistency in the standard and tone of all online communications.

On the other hand, by being aware of the risks and taking appropriate pre-emptive action, businesses will likely save innumerable costs and pains down the road. In designing an appropriate and robust social media framework, it is also important for businesses to seek appropriate legal advice on the appropriate boundaries of enforceability while ensuring that the framework is sufficiently comprehensive.

Taylor Vinters Via makes it easy for you to design and implement your company’s social media policy, while helping you to manage privacy issues, copyright concerns, and other potential legal risks. Feel free to speak to us today to find out more about how we can help

This article was first published by Asia Law Network and authored by Yingyu Wang, Director and co-authored with Calvin Cheng, Associate and Xing Loong Lim, Senior Paralegal of Taylor Vinters Via LLC. 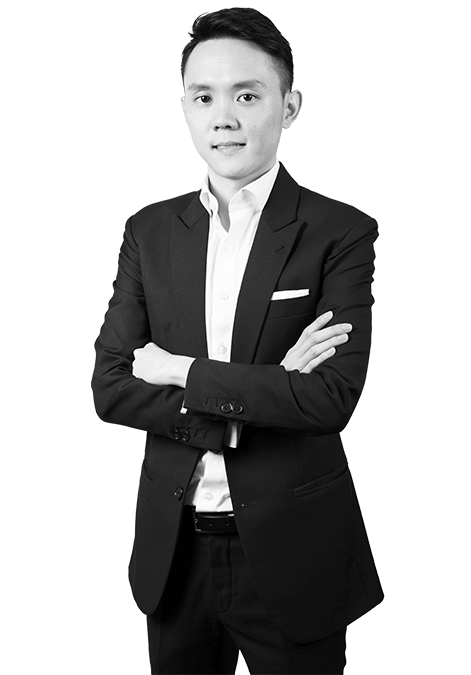