Taylor Review: a solid platform for the future world of work

Following the much-anticipated publication last week of the Taylor Review of Modern Working Practices, Dominic Holmes outlines his initial views on some of the key recommendations and what they mean for the future world of work. 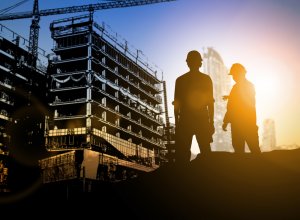 This commentary was first published on the Practical Law Employment blog.

The Taylor Review of Modern Working Practices has unsurprisingly elicited a range of views. Some believe it is a missed opportunity for radical change, while others bemoan a worker-friendly approach that will stifle much-needed innovation in a post-Brexit economy. There are also many who think it has struck the right note. My own perspective lies somewhere in the middle.

The overriding ambition of the review, namely that all work in the UK economy should be fair and decent with realistic scope for development and fulfilment, is laudable. It recognises that flexibility in the UK labour market is a key contributor to positive economic performance, but quality of work also has an important role to play. Those objectives are not mutually exclusive, but the difficulty lies in striking an appropriate balance between business freedoms and protecting vulnerable workers.

The area of greatest interest for employment lawyers relates to employment status. I agree that the current three-tier system of employee, worker and independent contractor should be retained, although the proposal to re-label workers as “dependent contractors” is somewhat curious. As we are often reminded by the courts, it is substance rather than form that ultimately wins the day.

I also welcome the call for legislation to provide clear, uniform definitions of each category. Both individuals and businesses should be able easily to understand the rules relating to employment status, so they can set up their arrangements in the right way. Developing an online tool to help determine the correct classification is long overdue (HMRC already has something similar for tax purposes and it is an easy way to provide clarity).

With the growth of atypical working and gig economy platforms, the key question will be who actually qualifies as a dependent contractor. The review recognises that an imbalance of power between individuals and business means that the labour market does not work for everyone. It has suggested a greater emphasis on control and less emphasis on personal service, to avoid employers hiding behind substitution clauses.

However, this proposed solution arguably does not fit the problem. Personal service is an important factor and the courts are already adept at looking behind sham arrangements. For example, the recent judicial guidance on personal service in the Pimlico Plumbers case could be incorporated into legislation or accompanying statutory guidance.

My firm’s submissions to the review advocated “subordination” rather than control as a minimum requirement for determining worker status. This focuses on equality of bargaining power when negotiating terms or accepting or refusing particular assignments. I still believe that is the right way to go.

An individual may be able to negotiate on equal terms and retain a genuine right to turn down work if they wish, but still be willing to submit to a high degree of control when they do work. Indeed, the nature of the work may necessitate a very controlled environment, particularly in science and technology. But why should that control confer greater rights on a specialist, in-demand lab consultant than a delivery driver who can choose his own travel routes, but will be penalised if he chooses not to accept a particular job?

Of course, employment status and rights are worthless without effective means of enforcement. The review rightly recognises that state enforcement agencies have a greater role to play in holding unscrupulous employers to account (and should be given wider powers to do so).

However, in many cases, it will remain the responsibility of individuals to seek their own redress. The review acknowledges that the government is unlikely to abolish tribunal fees (although we still await the Supreme Court’s decision in the UNISON case). Allowing claimants to obtain a ruling on employment status without having to pay a fee is a sound proposal. I am more sceptical about placing the burden of proof on employers. Employment status is not something that should fall on either side to prove. It should be up to each party to present the facts from its own perspective and allow the tribunal to decide.

In terms of other proposals, greater alignment with the tax system on employment status would be welcome and should be prioritised. However, I do not think it is sensible for a tax tribunal’s determination of employment status to be binding for employment law purposes. This simply does not work when an “employee” for tax purposes could be either an “employee” or “dependent contractor” when determining employment rights.

Similarly, applying a higher national minimum wage for workers with no guarantee of work is an interesting idea and we should certainly explore further how current rules around piece rates could apply to gig economy platforms. However, we should guard against re-introducing rolled-up holiday pay, which goes against the grain of encouraging work-life balance.

Outside the pure legal framework, the biggest challenge will be the impact of artificial intelligence and how we prepare future generations for work. I have spoken to several businesses that have emphasised the need to place a higher value on STEM subjects (to equip humans to work alongside machines) and “soft skills” (to enable humans to continue doing things that robots cannot). The review touches on these issues but they must form an integral part of any future policies on education and in-work training.

Overall, the review provides a good starting point for further debate on how to ensure that employment law is fit for purpose. The pace of reform is likely to be dictated by political realities. The government does not have a strong mandate and much energy will inevitably be devoted to Brexit discussions.

In the meantime, all sides must keep this subject high on the agenda and approach it as objectively as possible. There are few topics more important than the long-term future of the UK’s workforce.