Sometimes, an important (and much anticipated) court judgment results in an apparently strange outcome, which makes sense when you look at it more closely. Harpur Trust v. Brazel is one of those cases.

It grapples with the difficult issue of paid holiday entitlement for individuals with irregular working patterns.  This is relevant for the innovation economy, where various atypical working arrangements are used to manage fluctuating demand (such as casual and gig workers).

It has rumbled on through the court system for several years.  But the UK’s most senior judges have now confirmed definitively that part-year workers get a full year’s holiday entitlement.

Yes – you read that correctly…

A worker who has non-working weeks during the year will get the same minimum 5.6 weeks’ paid annual leave as a full-time worker.  They will also get more annual leave than a part-time worker who works reduced hours every week (with the 5.6 weeks pro-rated accordingly).

It sounds counterintuitive and may have unintended consequences for businesses that engage part-year workers.  It is a legal anomaly, but there is some sound reasoning behind it.

What happened in Brazel?

Mrs Brazel was a visiting music teacher employed by the Harpur Trust.  Her hours varied week-by-week, depending on the demand for her services.  She was only paid for the hours she actually worked and was only required to work during school term.

Initially, all was well.  The Trust treated her as working all year, even though she didn’t.  So she received 5.6 weeks’ paid annual leave.  This is known as the “calendar year method” for calculating holiday.  She was required to take all her paid annual leave outside term-time, spread across the year – and therefore received a payment for part of each school holiday period.

In September 2011, the Trust changed its approach.  It looked at the number of hours Mrs Brazel actually worked and then multiplied it by 12.07% to work out holiday entitlement.  This was a commonly used formula, which was endorsed at the time by Acas guidance (although it has subsequently changed).  You get to 12.07% by dividing 5.6 weeks’ paid leave by the remaining 46.4 weeks of the year.

This meant Mrs Brazel no longer received 5.6 weeks’ paid annual leave.  Instead, her holiday entitlement was proportionate to the amount of time she actually worked.  This had a knock-on effect on the amount of pay she received during school holidays.  Unsurprisingly, she was not happy about this and she challenged the Trust’s approach.

The calendar year method means that part-year workers are better off when compared to full-time workers or part-time workers who work all year.  The full-time worker must do more work for the same amount of paid holiday.  The part-time worker gets less paid holiday for doing the same (or potentially more) work than a part-year worker.  Nevertheless, the Employment Appeal Tribunal and Court of Appeal both said that this was the correct approach.  The case went to a final appeal before the UK Supreme Court.

How did the Supreme Court decide the issue?

The Trust’s argument was simple.  A part-year worker should not get 5.6 weeks’ paid leave.  That 5.6 weeks should be pro-rated to take account only of weeks in which they actually perform work.

This seems like a very logical concept – and there is support for it in the European case law which interprets the EU Working Time Directive (or “WTD”).  Remember that the UK’s domestic legislation, the Working Time Regulations (or “WTRegs”), is based on the WTD.  This has not changed, post-Brexit.

Subject to a few exceptions, the approach at EU level is that workers only have an entitlement to paid annual leave in proportion to the time they actually work.  On that basis, the Trust’s approach in using the 12.07% method would be correct.

However, the Supreme Court ruled that a part-year worker is still entitled to 5.6 weeks’ paid annual leave under the WTRegs.  There is no requirement to pro-rate their holiday entitlement (using 12.07% or any other method) to reflect the number of weeks in which no work is performed.

So why is the UK different?

There is nothing to prevent domestic law from being more generous to workers than the minimum EU standards.

For example, the WTRegs provide an additional 1.6 weeks’ annual leave (on top of the minimum 4 weeks stipulated in the WTD) – hence, a full-time worker in the UK receives at least 5.6 weeks’ paid holiday.

The WTRegs did not infringe the minimum requirements of the WTD.  Therefore, there was no need to interpret the WTRegs to align with EU law (and make them less generous).

But do the WTRegs actually say that part-year workers get full-year holiday entitlement?

No – but equally, the WTRegs do not say that part-year workers should only get holiday entitlement based on the proportion of the year they actually work.  Quite apart from the logistical nightmare that would create for employers, it is simply not reflected in the legislation.

The Supreme Court illustrated this in the following way:

Which sectors are likely to be most impacted?

Although Brazel was decided in the context of the education sector, it has much wider application.  It will apply to casual workers and those on zero hours contracts, who may be called in by their employers on some weeks but not others, to meet fluctuating demand.

Potentially, it is relevant to platform workers and those operating in the gig economy, who may choose to work certain weeks and not others.  We have already seen several cases where such individuals have been classified as “workers” (and therefore entitled to paid annual leave).  As has been well-publicised, this has affected several large operators including Uber, Pimlico Plumbers and various courier companies.

It may also cover anyone who has a flexible working arrangement that allows them to work term-time only.  However, it is less of an issue where annual pay is spread equally over 12 months, as pay (and therefore holiday pay) will not vary from month to month.

What are the broader risks (and how can they be mitigated)?

The overall risk level will depend on precisely how employers organise casual work or accommodate irregular work patterns.

It will likely have most financial impact where individuals work intensively for certain weeks (so a week’s holiday pay, averaged out over the previous 52 weeks in which work was actually done, is relatively high) but then intersperse that with several weeks off.  Although the employer can certainly require them to use up paid annual leave during those downtime periods, they will likely need to pay a higher amount per week, than for a part-year worker who earns less per week but spread over a longer period.

It may also mean that some employers re-evaluate whether they keep a bank of under-utilised casual workers on rolling zero-hours contracts.  Brazel may result in a more short-term approach and, for example, greater use of fixed-term contracts (although this may bring other complications).

For those businesses which rely on flexible, casual labour there is certainly an argument for ensuring that workers perform at least some work each week (so that, effectively, they are treated more like part-time workers, not part-year workers).  It may also be appropriate to conduct an internal audit, to establish the extent of any potential historic liability where the calendar week method has not been followed.

As to whether the WTRegs may change, watch this space.  However, there are no immediate plans to address this particular issue and any legislative reform will take time.

If you have any questions about changes to employment terms or contracts, please speak to our Employment and HR team. 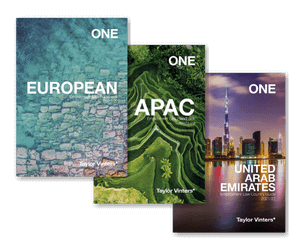