The Journal of Controversial Ideas – does pseudonymous publication of controversial research undermine Academic Freedom of Speech or enhance it? 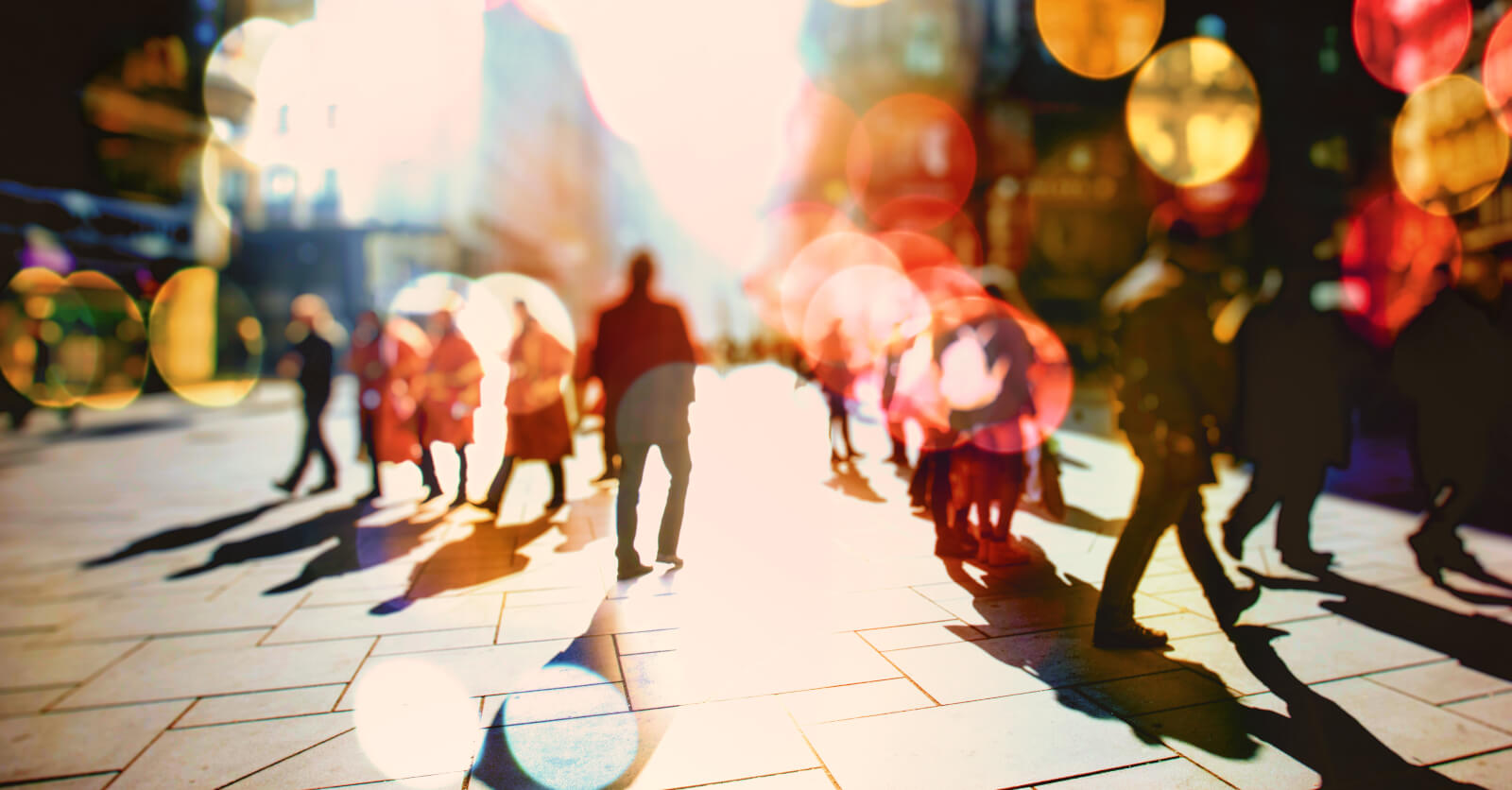 In his third article exploring the issue of Academic Freedom of Speech, James Murray considers the UK perspective on whether pseudonymous publication of controversial research would undermine this fundamental academic freedom or enhance it.

A new academic journal, The Journal of Controversial Ideas, is due to be published this year. This will allow its authors the option of publishing pseudonymously and will, as the name suggests, tackle controversial topics such as intelligence research, race and sex differences, and gender. The current climate surrounding the issue of Academic Freedom of Speech, and the challenges and threats it faces, suggests that the new journal is not likely to be short of willing contributors.

In the wake of an ever increasing list of controversies concerning the limits of freedom of expression in the academy – including whether academics have the necessary protection to say controversial and offensive things – the need for such a journal does indeed, at first glance, seem urgent and important.

Professor Jeff McMahan of Oxford University, one of the journal’s founders (alongside Professor Peter Singer and Dr Francesca Minerva), said its founding was prompted by:

“the increasing number of incidents in which academics have been the targets of protest, personal abuse and vilification, boycotting, and other efforts to silence or discredit them because of ideas they have published.”

In this article, we consider whether, from a legal perspective, pseudonymous articles really are the best remedy to the threats to Academic Freedom of Speech in the UK and whether, on the contrary, furtive publications actually undermine the very principle which they set out to defend.

Is pseudonymous publication a problematic prospect?

The primary objection to a journal of this kind is that it allows publication without the transparency needed to ensure that academics research and write articles with the necessary levels of responsibility and accountability. For example, how is it possible to uphold the widely adopted Concordat to Support Research Integrity (published by Universities UK) if the author of the article is using a pseudonym?

The journal’s founders have responded to this criticism by claiming that an article will only be approved for publication if it meets the highest standards of scholarship:

“Our intention is to publish only articles that give carefully developed reasons, arguments and evidence in support of conclusions that some may find offensive or pernicious…The journal will have credibility only if its articles satisfy the highest standards of academic rigour. The ideas in the articles must therefore pass an unusually meticulous review process.” (Our emphasis).

Professor McMahan has also made comments which indicate that the journal will not simply be a refuge for free speech fundamentalists who believe no speech whatsoever should be curtailed:

“In principle, [it is] certainly possible that some research even if well-grounded could, if published, have such bad consequences that it would be better not to publish it, that is, it would be morally impermissible to publish it because of the consequences. That I think is true. It can wait until another day. I don’t think that there’s any research that perhaps ought never to be published. As I said earlier what arouses people’s anger hostility indignation and so on is changeable over time and there can be certain historical moments when it would just be wrong to publish certain ideas even if true if they could lead to terribly bad consequences for certain people.” (Our emphasis).

These founding principles of the journal do seem to reflect the international case law discussed in the second blog in this series. Those cases establish that methodologically rigorous controversial work deserves a special kind of protection, but with that comes responsibilities. This journal will likely not contain any approval of blank slates, but nor will it approve any blank cheques.

The comments above from the journal’s founders purport to answer some of the objections to the pseudonymous aspects of this journal. But the question remains as to whether, from a legal perspective, academia really needs the option of pseudonymous publication in order to protect Academic Freedom of Speech. Is this the best way to ensure academics can put forward controversial or unpopular opinions without losing their jobs or privileges?

It is vital not to lose sight of the fact that the freedom to promote controversial or unpopular views within the academy is only part of the equation. The protection from being dismissed from their academic post as a consequence of expressing such views is also vitally important to the individual academic. The protection first arose in the interregnum between the abolition of academic tenure and the development of robust employment legislation (and much of the international case law). At that time the academy, which consists of a group of self-governing institutions, was readily able to expel an individual academic whose views were found to be at odds with their academic community.

Therefore, in considering whether pseudonymous publication would shield an academic from dismissal, the founders of the journal would naturally answer in the affirmative. Their argument would likely run as follows. The journal is intended to remedy an evil where an academic produces, under their own name, a high quality piece of research in a traditional peer reviewed journal and is dismissed from their post because the work is considered too controversial and/or offensive. If the academic had published the same piece under a pseudonym in this journal, they would have retained their job because the article was not attributable to them.

There are two problems with this.

First, there is no reliable evidence of any instance where rigorous academic work published in a traditional, peer reviewed paper has led to an academic losing their post.

On the basis of the facts publicly available, two recent high profile cases have been decided consistent with the international case law discussed in our previous article. Both have upheld the principle of Academic Freedom of Speech for qualifying work of appropriate scholarship.

Second, there is the question of whether pseudonymous publication is even necessary from a legal perspective in the UK. The extremely rigorous standards to which this new journal reportedly aspires would likely afford any publication in it the highest level of academic protection, both in the UK and under article 10 of the European Convention on Human Rights. Any serious academic is unlikely to depart from the required standards for research integrity and ethics and can therefore publish controversial work without jeopardising their post. So why still publish under a pseudonym?

The answer to that is likely to be fear of the toxic court of social media and other more subtle detriments to an academic’s career. While the concerns over jeopardising job security may be overhyped, they are understandable. The UCU report (which we discussed in the first blog in this series) shows that, in practice, academics are feeling a chilling effect on their ability to speak freely irrespective of the letter of the law. But this is less to do with the legal protection for Academic Freedom of Speech and much more the consequence of how society – and increasingly academia itself – now tolerates a culture whereby it has become so easy (and without apparent accountability) publicly to denigrate, abuse and call out those with whose views an individual takes issue.

Sheltering behind a pseudonym seems to create a conflict with the fundamental principle of standing by – and standing up for – the results of well-researched, rigorously scrutinised academic scholarship, however controversial and challenging the content.

In our last blog we concluded that the law already provides sufficient protection for Academic Freedom of Speech in the UK, but that it must be properly enforced by universities and/or invoked by academics. There should be no need for this type of journal from a legal perspective – the evil it seeks to remedy already has a broader and more effective, systemic palliative than a single journal could ever offer.

The academy can do better and it must do better. Instead of forcing academics to hide behind pseudonyms, the academy as a whole needs to stand up for a privilege which underpins the essence of their function in a democratic society, namely to preserve and drive forward human knowledge. This includes challenging orthodoxies and testing controversial ideas.

Any step which makes free enquiry less transparent and less accountable should be resisted. An appropriate response to a societal ill is rarely to drive it underground. Further, the academy should not endorse tactics which suppress or silence controversial and offensive ideas per se. It cannot be seen to capitulate to, or implicitly validate the tactics of, bullying and intimidation which see genuine, good faith academics silenced or high quality, but difficult, papers put in the bottom drawer by frightened researchers.

In other words, if it becomes standard practice that certain ideas are so radioactive that no matter how powerful the arguments or strong the evidence they can only be published under a pseudonym then Academic Freedom of Speech takes a terrible blow.

If the academy accepts the practice of pseudonymous articles as a response to the threats to Academic Freedom of Speech, then it betrays the trust which society has placed in it as the guardian of knowledge. Ironically, The Journal of Controversial Ideas is not the first volley of the resistance, it is the bells of surrender ringing.

Find out more about the team: Advising the innovation economy on research ethics, integrity and commercial exploitation.