Those without a view on the topic, either through indifference, indecision or otherwise, are held to have a lack of belief attracting the same legal protections (“Gender-critical Beliefs”).

In this article we set out five top tips for employers to be mindful of when managing the expression of beliefs in the workplace.

Under the Equality Act 2010 (EqA), employees are protected from being harassed, victimised or discriminated against because of their religious or philosophical beliefs. There is a well-established test for what constitutes a protected philosophical belief. It must be a genuinely held, cogent belief which relates to an aspect of human life or behaviour and it must be worthy of respect in a democratic society. A tribunal will generally not expect too much of a person seeking to have a belief protected. Until recently, that final part of the test was likely to be the stumbling block for contentious – and some might say, offensive – beliefs.

That is no longer the case. The majority of cogent, genuinely held beliefs are capable of protection provided they do not stray into extreme areas like Nazism. It is not for an employer to cherry-pick which beliefs it is prepared to tolerate. A belief being protected under the EqA and a belief being deemed acceptable by an employer are two very different concepts. In reality, the latter is irrelevant. Once a belief is a protected philosophical belief, it attracts the same protection as any religious belief. As such, employers must never take disciplinary action on account of an employee simply holding a belief, just as they must never take such action just because someone holds a particular religious belief.

As noted above, it is important to reiterate that the protection of the EqA also extends to a lack of belief. In this context, the threshold for a lack of belief is lower in the sense that it need not satisfy the limbs of the belief test. As above, disciplinary action must never be taken solely on account of this.

In light of the above threshold, employers should proceed with caution. Unless an employer is absolutely certain that a belief falls outside of the broad protection of the EqA, the belief itself should not be the reason for disciplinary action. This is often the area where employers slip up. In Forstater v CGD Europe & Others, Ms Forstater’s employer acted on the incorrect assumption that her Gender-critical Belief would not be protected under the EqA. As recent case law has clarified, Gender-critical Beliefs are most definitely protected under the EqA.

If an employer has any doubt as to whether a belief is likely to be protected, it is best to proceed on the assumption that it will be. Attention can then be directed to the more important consideration of how this belief is being manifested, which may, depending on the circumstances, provide more justifiable grounds for disciplinary action, if appropriate at all.

As the manifestation of a belief is likely to have an impact on others, individuals do not have unfettered power to do so without consequence. As held in Forstater, manifesting a lack of belief in transgenderism by misgendering a trans person may constitute harassment – whether they have engaged in harassment is a matter of fact which will be decided in any given case. If it does amount to harassment, this is likely to be grounds for disciplinary action and should ideally be stated in an anti-harassment policy.

It is important to note that an employee holding a protected belief under the EqA does not provide them with both a shield and a sword. Whilst their belief protects them from being discriminated against because of said belief, it does not give them additional protection if they are found to have discriminated against others in expressing this belief. As emphasised in Forstater, holding Gender-critical Beliefs does not allow an individual to misgender trans people with impunity if, in doing so, their conduct amounts to harassment. Everybody is subject to the same prohibitions on discrimination, victimisation and harassment in the workplace under the EqA.

The distinction between direct and indirect discrimination is an often misunderstood, yet vitally important one for employers to be aware of. Direct discrimination is never permissible in cases of protected philosophical beliefs. An employer cannot treat an employee less favourably just because of their protected belief. However, there are situations in which indirect discrimination can be permissible. If an employer applies a particular policy, criterion or practice (PCP) to its workforce, which disproportionately affects an individual or group of individuals, this will not be discriminatory if the PCP is a proportionate means of achieving a legitimate aim.

The recent case of Mackereth v DWP illustrates indirect discrimination being deemed justified where beliefs akin to Gender-critical Beliefs were concerned. Here, the DWP applied a policy requiring its employees to address service users by their preferred pronouns. The Employment Appeals Tribunal (EAT) accepted that group disadvantage to Christians who held beliefs akin to Gender-critical Beliefs had been made out, despite the claimant accepting that his particular beliefs were not shared by all Christians. Nevertheless, the EAT held the policy to be a proportionate means of achieving the employer’s legitimate aims to ensure transgender service users were treated with respect and in accordance with their rights under the EqA and to provide a service that promoted equal opportunities.

Whether or not an employer’s policy will be justifiable will depend on the facts. We don’t yet know how far employers can push such a policy. Because of this, any policies relating to pronouns should be carefully drafted and even more carefully enforced. Enforcement without a clear aim and careful justification may potentially amount to harassment of those with Gender-critical Beliefs. For example, a mandatory policy requiring all personnel to specify their pronouns in their email signature is unlikely to be justifiable. However, if the policy is designed to achieve a legitimate aim, and there are no less discriminatory alternatives to facilitate doing so, then it may be that indirectly discriminating against certain employees with Gender-critical Beliefs may be justifiable in the circumstances.

As a matter of best practice, any company policy should ideally go little further than accurately reflecting the EqA. This will outline to employees how they are expected to behave whilst reducing the likelihood of any potential discrimination against those with protected beliefs.

An employee expressing a belief outside of the workplace is a more difficult situation to manage, though not impossible. If an employer is concerned about how its employees’ conduct online is reflecting upon the business, the best solution is to ensure that a robust social media policy is put in place. This should clearly state that the employer will be entitled to discipline the employee for any breach of the policy, which could include engaging in discriminatory conduct online in circumstances where such behaviour may be linked to the employer. Without this, it will often be much harder for an employer to discipline an employee for the improper manifestation of their beliefs occurring outside of the workplace.

That being said, a social media policy will not assist an employer in curtailing the views of an employee expressed through lawful speech and engagement in public debate on issues pertinent to their protected belief.

An employer should look to complement a robust social media policy with equal opportunities and anti-harassment policies to ensure the right balance is struck, as well as with training on the parameters of permissible conduct. 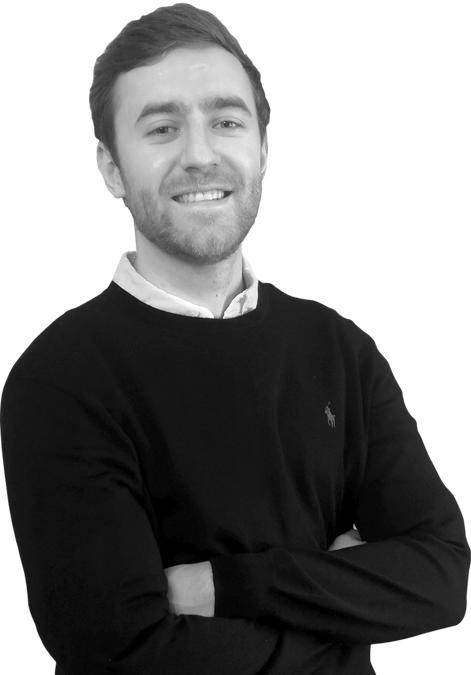