Supreme Court overturns Employment Tribunal fees, but what next?

The Supreme Court has today handed down a judgment confirming that the UK’s Employment Tribunal fees regime, introduced almost exactly four years ago, is unlawful and must be quashed. 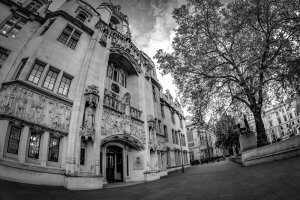 Since July 2013, claimants have been required to pay fees of up to £1,200 to pursue a claim to a hearing, although full or partial remission is available for those on low incomes. The aim of introducing fees was to encourage earlier settlement, transfer part of the costs of the Tribunal from taxpayers to users and deter vexatious claims.

Following several unsuccessful attempts by UNISON to have the fees regime overturned in the lower courts, an appeal was lodged at the Supreme Court. Seven of the UK’s most senior judges have ruled unanimously that the current system is unlawful, for two reasons.

First, it prevents access to justice and acts as a deterrent for claimants (particularly those who have low-value or non-monetary claims). If individuals can only afford fees by sacrificing an acceptable standard of living (as the evidence before the court suggested), it could not be said that they were truly affordable.

Secondly, the fee structure requires a higher fee to be paid for certain types of claim, including discrimination. This puts women at a particular disadvantage, because a higher proportion of women bring discrimination claims.  Accordingly, the fees regime itself was discriminatory and could not be objectively justified.

This is a very important development for both employers and employees. It may not necessarily mean that Tribunal fees will disappear altogether, but they will need a significant overhaul (if, indeed, they remain at all).

“In my view, the Supreme Court was right to decide that the current Employment Tribunal fees regime is unlawful.

One of the reasons for introducing fees was to deter claims with little or no merit, but there is no evidence that only stronger claims are now being pursued. It is worth remembering that Employment Judges have plenty of tools at their disposal to manage weak claims robustly, once they are in the Tribunal system.

For example, claims with no reasonable prospect of success can be dismissed at an early stage as part of an initial sift process, without placing undue pressure on resources or forcing employers to incur significant unnecessary costs. Claimants can also be required to pay a deposit into court to continue their claims and the Tribunal has discretion to award costs in appropriate cases.

These powers can (and should) be used more often to ensure that employers have appropriate protection from vexatious litigants, without impeding access to justice for claimants who have an arguable case.

Employers will understandably be concerned that this decision will result in more claims, which in turn means more cost and management time spent in defending them. The focus now should be on providing an efficient Tribunal system that embraces technology and delivers speedy, cost-effective resolution of employment disputes.”