Future Focus: Four uncomfortable truths about the climate and us

Our latest Future Focus series of discussions, in partnership with Oxfordshire Greentech, kicked off with a thought-provoking exploration of climate change imperatives and biodiversity. With the spotlight on eco-innovation, this Green Breakfast session revealed some compelling facts and stimulating debate about a range of Uncomfortable Truths.

This is part one of our first Future Focus event in partnership with Oxfordshire Greentech. For part two of this session, featuring Professor Bob Montgomery’s presentation on biodiversity “Saving the world from ourselves”, click here.

Setting the theme for the initial part of our debate was our first guest speaker Chris Goodall, author of ‘What We Need To Do Now” and a regular contributor for The Guardian, with a background in impact investment.

Read his presentation below.

Around ¼ of the world’s emissions come from the processes involved with growing crops and keeping livestock. Contrary to popular belief, much of these emissions are methane or nitrous oxide, not carbon dioxide. Although the numbers are hotly debated, approximately 10% of global emissions result from the cultivation of cattle – which vastly exceed all other large scale animals on the planet.

We’ve built an agricultural system to service the growing and slaughtering of cattle, with large amounts of land devoted to providing food for those cattle. So what are we going to do about it? If we’re to tackle this emission source, we’re going to have to move away from meat as a primary source of nutrition. It’s difficult to conceive of achieving a stable environment without an essentially vegan diet. Luckily, this movement is happening already, particularly amongst the young.

We also need to move away from intensive monoculture. An experimental Oxfordshire farmer, is trying to regenerate land using medieval or pre-medieval varieties of grain, ranging from various types of wheat to rye. They plant fields with mixtures of old grain, so they grow very tall and dominate the weeds.

Old grains have very deep roots, so they can deal with the shortage of water that’s likely to affect at least the eastern parts of the UK. As they are resistant to pests, there’s no need for pesticides. And with the large number of the varieties in a single field, even if pests attack one of them, they are unlikely to predate on all the varieties in that field.

Two changes to agriculture are necessary before we can achieve a stable environment: move away from monoculture and only cultivate very small amounts of meat. But, how do we make these changes?

One suggestion is to re-localise our fruit and vegetable production back towards the areas where we live. This is both good for the environment and for the local economy. A study has illustrated how even in a former industrial city like Sheffield can provide a large percentage of the fruit and vegetables required from inside the confines of the city by using brownfield and allotment sites. This could be combined with forms of vertical agriculture; growing fruit and veg indoors to reduce the use of water and avoid pesticides and fertilisers.

We also need to reforest – an issue people in Britain are increasingly aware of. If we give up cultivating large amounts of land for feeding cattle, we will have much more space to reforest. The UK is the least-forested large country in Europe, with about 13% of the country given over to woodlands. It’s even lower in England at around 11%. Other countries such as France, Spain, Italy and Germany are up at 30 – 35%, and we need to move back towards that, for biodiversity but also, of course, for climate change.

Housing is the second of our main challenges and is soon likely to become the single greatest source of emissions. It’s already responsible for 20% of UK emissions, due to the fact that we have the worst insulated housing stock in Northern Europe.

My studies revealed that the average UK house loses about three times as much heat (per square metre per degree of heat) as the typical similar house in Germany. Even matching German levels of insulation (which is only a baseline) will be extremely difficult to do. Even if we use all the techniques we have available (loft insulation, cavity wall insulation, solid wall insulation) is unlikely to be enough.

We need massive refurbishment of a large fraction of our housing stock. With a quarter of the UK housing stock built before 1914, we have a lot to do. Massive refurbishment means putting an entire new face, new roof and new heating system into our homes. An innovative Dutch net zero energy system, Energiesprong, makes everything in a factory and installs it in just a few days. Some houses in Nottingham were rebuilt using this system. It provides much better insulation and makes the building look better too.

We need to aim for not just zero carbon in use, but also zero carbon in manufacturing housing. That moves means moving away from brick, concrete and other energy-demanding sources, and towards wood, hemp and other materials that absorb carbon rather than using it.

A proposed development in South Wales by an innovative limited builder called Zero is looking at how to move the construction of a new house to net zero. Ideally, we ought to be building new houses in factories and transporting them to site. It’s quicker, easier and insulation standards are better. There’s every reason to do it – if the UK population is ready for it.

We need to re-localise inside our cities as well and this is another subject of enormous controversy. It’s not popular to move away from car-based transport but realistically, we probably have to do it.

Utrecht, a city of 300,000 people in the Netherlands has around 35,000 parking spaces for bicycles around the central railway station. And, Pontevedra in NW Spain is one of the first cities to make its city centre essentially car-free. I could not find any significantly car-free city or town that has decided to go back. Largely because it proves to be good for local businesses and residents, brings economic activity back into the city centre and, of course, improves health.

A few years ago, Utrecht looked at the health impact of the growth of bicycling and walking in the city. It found that installing the cycle networks and other infrastructure to lower carbon travel possible was less costly than the benefits it got from reduced health expenditure in the area. In the UK particularly need to focus on health due to our problems with air quality and obesity.

None of this is popular though. The low traffic neighbourhoods in Oxford – three of them so far – have been controversial. For those living in the northern part of Oxford, the County Council’s decision to move Walton St back to a two-way highway is an extraordinary example of a retrograde measure in the face of objections from local businesses. However, they are ill-informed, because everywhere this wad tried showed it was good for local businesses and produced much better trading environments.

It’s difficult to see how we can continue flying as much as we do now in the zero carbon world. We can come up with designs like the hydrogen-based plane from Airbus, but even if we completely decarbonize fuel, these aircraft will still be emitting water vapour and other pollutants in the high atmosphere. Although nothing to do with carbon dioxide, this will still lead to warming. If we are to hold ourselves to a 1.5 or 2C° increase it’s very difficult to see how we can continue long-haul large-scale flying,

Short-haul flying may be possible with battery power, but this would be a very small fraction of total air travel. We need to travel less.

As for land transport, one of the things we’ve seen over the last few years is all the benefits from improved car emissions have been negated by the increasing growth in the size and weight of cars. Today’s hybrid Land Rover Range Rover, which only uses electricity for a small percentage of its power supply, is around twice the mass of cars from 30 years ago. We need fewer, smaller cars, not just because of local pollution, but because manufacturing cars is itself highly carbon-intensive and will likely remain so for some time.

We need fewer clothes and we need to keep them longer. We also need to reduce the environmental impact of the use of oils for making polyester or the growth of cotton.

Cotton is by far the single most important use of scarce water in the world. We need to move towards biomass-based clothing, such as bamboo or wood. Probably the most interesting example is the use of Tencel, a cellulose-type fabric made with a relatively low carbon content. It’s not perfect yet, but the manufacturers hope to get to that point soon.

Yet there must be more than the change of fabric. We need to build a system which recycles clothing. There is a machine in an H&M shop in Stockholm which chops old clothing into very, very small pieces and remakes it into “new” fabric, and new piece of clothing. This is early stage and has not been proved at scale, but it’s a process we should be implementing. A large section of the workforce in South East Asian countries such as Cambodia are devoted to dealing with our addiction to multiple new clothes every year. And so, we have important social and global equality issues to address, as well as our excess consumption of clothing.

For updates on the Future Focus and to register your interest in future events, click here.

Comments from the floor

Patrick Farrant, Partner at Taylor Vinters, shared his own experience of low traffic neighbourhoods in Hackney. He said, “It’s obvious to see the benefits, from children cycling on their little bicycles to school, to significantly less noise pollution and emissions.

“However I’m staggered by the coordinated politics against low traffic neighbourhoods (LTNs), when the benefits are just so obvious to see. I wonder what your views are Chris, on how one goes about dealing with such entrenched implacable and unreasonable views from the population at large?”

Chris responded, “LTNs do stir up extraordinary emotions. Every survey I’ve seen in the local area of Oxford is supportive of them, but there has been sustained attempt here and elsewhere to stir up opposition.

“I have no easy answer to this. It just demonstrates the ability of the forces that back the status quo to hold us to systems which clearly are not delivering, in terms of climate, public health or our standard of living. We need political parties to act in the interests of the vast majority.

“We also need to reassure businesses that are worried about the impact on trade, that everywhere else that it’s been tried it’s been strongly beneficial. And those images of small children cycling to school have an incredibly powerful effect. We want to circulate those wherever we can, to show that this is hugely positive for the younger members of society.”

You can go straight to Part Two of this session, featuring Professor Bob Montgomery’s presentation on Biodiversity, using this link or watch the full recording here. 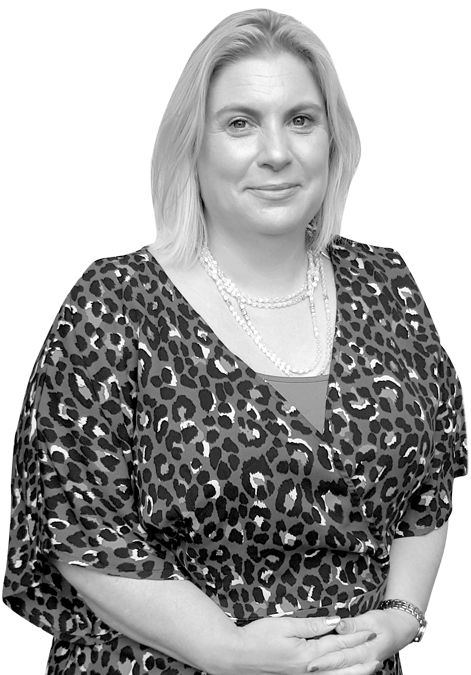