Singapore – Why is the city a global business hub 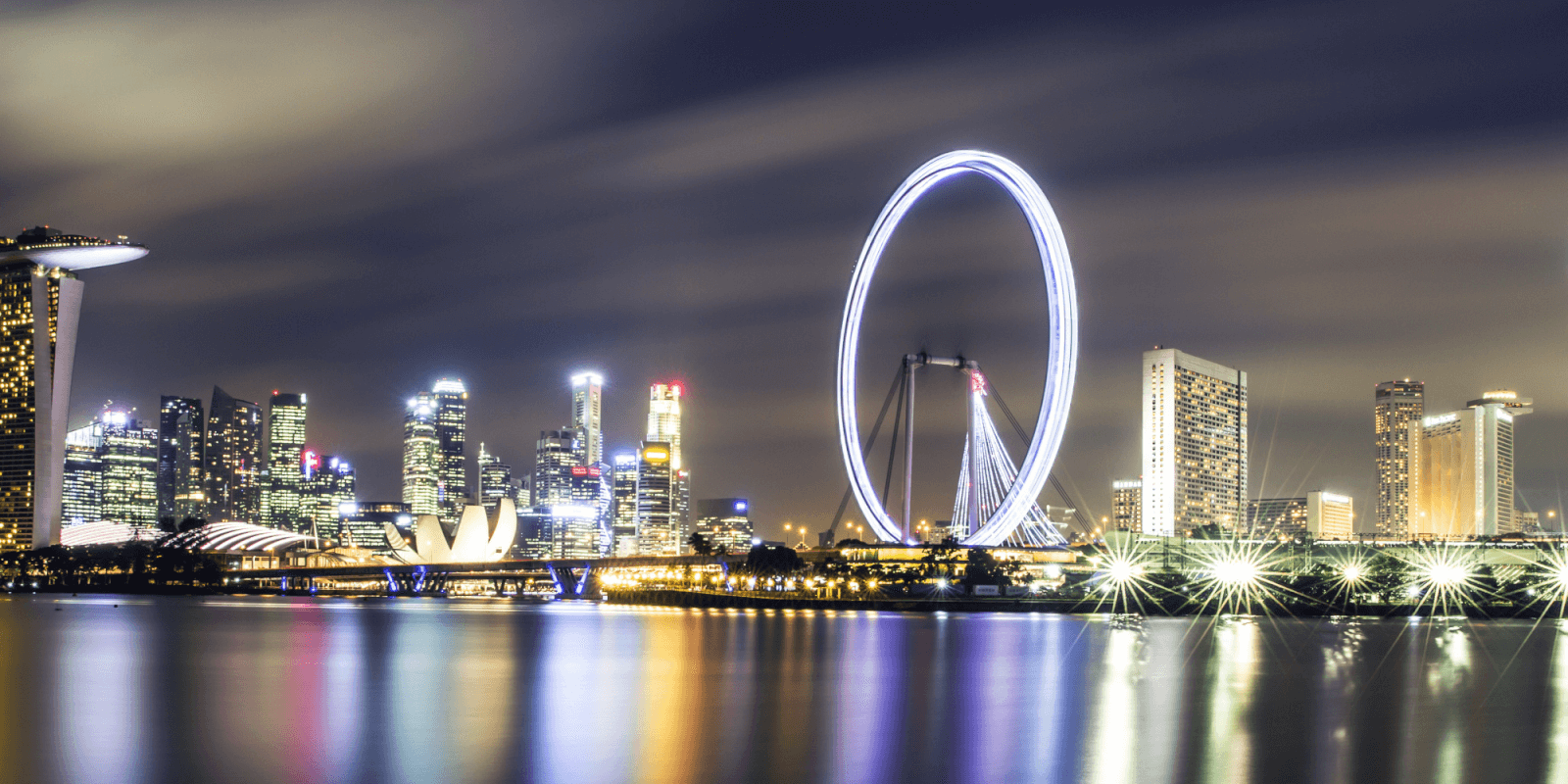 For many years Singapore has been considered by the business world to be a safe, thriving and efficient entry point into the Asian Market

For many years Singapore has been considered by the business world to be a safe, thriving and efficient entry point into the Asian Market. Singapore’s importance as a gateway to South East Asia is set to increase further however with the launch of the Association of Southeast Asian Nations (ASEAN) Economic Community on 31 December 2015, which will combine a population of over 600 million people and GDP of £1.2 trillion. Businesses, investors and professional-service providers alike will seek to use Singapore as a gateway to Southeast Asia’s markets, none more so than those from the UK. The Prime Minister, David Cameron, visited the region in July 2015 and amplified the awareness of these markets, claiming that a deal between the EU and ASEAN has “the potential to benefit the UK economy by £3 billion every year – nearly £120 per household – by creating one of the biggest free trade areas in the world with combined GDP of over $20 trillion.”[1]

The former British colony has developed into a hub through which some of the world’s largest companies reach across South East Asia by utilising the city-republic’s location, infrastructure, workforce, legal system and business-friendly environment. The ‘Small little dot’ has a remarkable sphere of influence across the region given its modest size of 697 sq. km and a population of under 6 million people. But why?

Singapore’s strategic position at the confluence of the East and the West has established the city-state as an important hub for global trade. Its geographic location enables easy access to markets in Thailand, Vietnam, Cambodia, Malaysia, Indonesia, the Philippines and Myanmar. Even back in 2011, Singapore’s sea port was linked to 600 other ports in 123 countries via 200 shipping lines and Singapore’s Changi Airport was ranked amongst Asia’s top five for air cargo, being served by over 6,100 weekly flights connecting to 210 cities in 60 countries.[2]

In order for a city to develop into an efficient and advanced business hub, it must have both a sophisticated socio-economic framework and the physical structures to complement it. Singapore’s desire to create the world’s first ‘Smart Nation’ highlights the emphasis placed on infrastructure by the governing authority. The ‘Smart Nation’ program is envisaged, created and delivered by the Government with the aim of harnessing technology to the fullest to “improve the lives of citizens, create more opportunities, and build stronger communities”.[3] Utilising technology to better serve citizens’ and expatriate workers’ needs manifests itself in many innovative creations such as the Beeline App, which creates new transport routes based on commuter’s demands, or organised hackathons designed to offer young technologists the challenge of solving technologically advanced problems.

On a purely pragmatic level, the city’s physical infrastructure is also exceptional with a highly-developed integrated transport system consisting of Mass Rapid Transit (MRT) trains, buses and taxis. Singapore was voted as having the world’s best infrastructure in a 2013 survey undertaken by consulting firm Mercer for the Wall Street Journal, surveying 221 cities and using factors such as: traffic congestion, availability of flights from local airports, quality of public transportation and availability of water.[4]

A highly sophisticated infrastructure is only worthwhile if the workforce that utilises the systems and structures is equally efficient. Despite the country’s size, Singapore’s workforce is one of the most highly educated and motivated workforce in the world. Based on the Business Environment Risk Intelligence Report (BERI) in 2014, Singapore came top for Labour force evaluation. The city enjoys the highest ranking for labour force in terms of workers’ productivity and general overall attitude, epitomised by Singapore’s “superior business performances with advanced technology.”[5] The motivation and productivity is a result of effective company policies, a high-standard of living and a hard-working culture.

Stringent Intellectual Property (IP) laws and a significant emphasis on the rule of law has ensured that businesses of all natures feel secure locating and investing in Singapore. The Rule of Law has remained a cornerstone of Singapore’s growth over the last 50 years; a spokesman for the Law Society of Singapore commenting that ‘‘It provides a framework that is transparent and promotes certainty in the law, which gives foreign investors confidence.”[6]

Legal security is expressed most vividly day to day by rigorous and respected IP laws. Singapore is ranked fourth in the world and first in Asia for having the best IP protection by the World Economic forum’s Global competitiveness Report 2015/2016.[7] Moreover the U.S. Global Intellectual Property Centre’s International IP index 2015 also ranked Singapore top in Asia for its IP environment.[8] Such legal security has led to a series of multinational global corporations such as Procter and Gamble and DHL, selecting Singapore as their choice for research and development investments.

Building on the rule of law and practical reality of commercial transactions, Singapore has developed a favourable financial law, including the creation of an arbitration centre and dedicated commercial court. Creating a stable and secure environment in which to conduct business helped London to flourish as a global legal centre and Singapore is now following suit.

There can be no doubt that all of the above factors amalgamate to create a thriving and efficient business environment in Singapore. Supportive public funding from Government bodies and the availability of attractive private investment however cannot be underestimated in underpinning the success of this environment.

Public funding comes through a variety of schemes and agencies intended to develop the city’s reputation as a hub for investment, especially in technology. The Monetary Authority of Singapore (MAS) for example intends to help foster the city’s business environment by investing in Financial Technology (‘Fintech’). An example of which is a digital payment scheme intended to make business transactions even more efficient. Such projects act as a clear indication of Government bodies’ commitment towards Singapore’s ‘Smart Nation’ goals. Furthermore, MAS intends to invest heavily in Fintech by earmarking US$225 million over the next five years under its Financial Sector Technology & Innovation scheme.

What makes Singapore’s public funding so effective is its multi-dimensional approach. The aim of projects such as the National Framework for Innovation and Enterprise (NFIE) for example is to grow the number of high quality tech-start-ups but also attract interest from the international venture capital community. This interest is in turn hoped to help create mentors who can provide invaluable market feedback to emerging companies.

Private investment is equally forthcoming in Singapore with large private equity groups such as Northstar and Venstar locating in Singapore with the hope of channelling investment in the region. The combination of Government-backed schemes and private funding from around the globe ensures that Singapore creates an environment in which businesses are encouraged to grow and harness the full effect of the other factors outlined above.

Given its location, infrastructure, workforce, legal stability and business supportive environment, it is not surprising that Singapore has developed into an essential business hub for South East Asia. Furthermore, as the city has been continuously voted the easiest place in the world to do business, its role in the future success of the ASEAN economic community cannot be underestimated.[9] 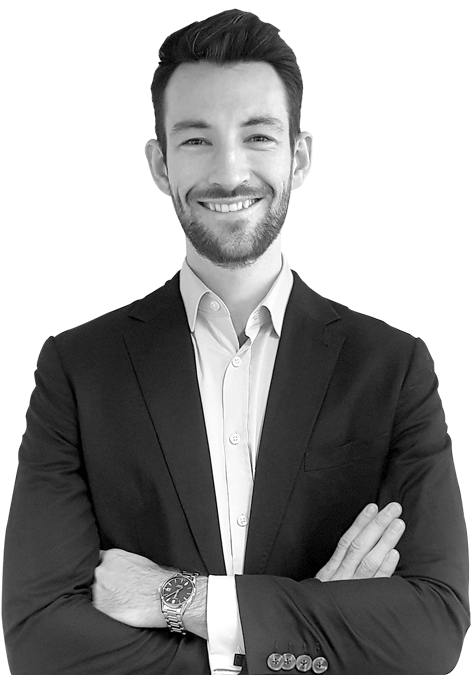